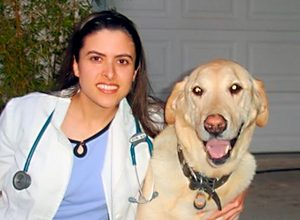 Veganism as a Way of Life

Veganism is a lifestyle chosen by millions of people who show compassion for animals by avoiding products of animal exploitation and abuse. Vegans abstain from consuming flesh, fowl, fish, dairy, eggs, and other animal products due to the extensive animal cruelty and environmental devastation involved in their production.

Following a whole-foods-based vegan diet rich in fresh vegetables, fruits, whole grains, legumes, seeds and nuts also has numerous health benefits over the Standard American Diet (SAD). A plant-based diet is also more appropriate than a meat-based one given the enormity of world hunger today.

Up until the 1950s, small family farms raised animals for food. Animals were kept in a more natural environment and allowed to fulfill their basic natural instincts. Unfortunately, the idyllic green pastures of years past have been replaced by factory farming –- windowless metal sheds, wire cages, and other confinement systems that treat individual animals like production units rather than sentient creatures.

Worldwide annually, over 50 billion cows, pigs, chickens, turkeys, and other farmed animals are slaughtered for their flesh. The Humane Slaughter Act is poorly enforced and excludes poultry, which comprise over 95% of the animals slaughtered for food. Animals are often not properly stunned prior to being killed.

Factory-farmed animals are confined in spaces so small that basic movements such as turning around or stretching a limb are difficult or impossible. Male calves born to dairy cows are taken from their mothers at birth and transported to veal production facilities where they are kept in small crates. They are slaughtered between 3 and 4 months of age. Dairy cows are continually impregnated in order to keep them continuously lactating. Many dairy cows become lame and suffer from infections of the udder. When afflicted with these ailments, these cows are slaughtered since it is no longer profitable to keep them.

Farmed animals are routinely castrated, branded, and dehorned without anesthesia. Egg-laying hens are crammed into battery cages so small they cannot spread their wings. Male chicks, biologically incapable of laying eggs, are killed on their first day of life. Chickens undergo debeaking, in which the tips of their beaks are seared off without anesthesia. If dogs and cats were subjected to the abuses that farmed animals endure –- mutilations, drug regimens that cause chronic pain, transport through all weather extremes, and inhumane slaughter -– the perpetrators would be prosecuted for animal cruelty. Farmed animals are just as sensitive, intelligent, and capable of feeling pain as the dogs and cats cherished as companions.

Read more about how a vegan diet can help prevent animal suffering.

Annually, 840 million people suffer from chronic hunger. Worldwide 24,000 people die of hunger daily. Most starvation deaths are caused by inequitable distribution and inefficient use of food resources. Following a meat-centered diet contributes to world hunger because 10-20 times as much land is required for a meat-based diet compared to a plant-based diet, and nearly half of the world’s grains and soybeans are used as animal feed. The resultant waste of calories is so extensive that even a 10% drop in U.S. meat consumption could make sufficient food available to feed the world’s starving millions.

As the demand for meat grows in the Western world while resources such as land and water become increasingly limited, the world’s poor become increasingly unable to afford food of any kind. Increased animal agriculture exacerbates both the problems of scarcity and distribution. This is especially true of factory farming, which now dominates global meat production. Additionally, countries that traditionally consumed primarily plant-based diets are now following the Western example of having more meat-centered diets, further compounding the problem.

Read more about how following a vegan diet can help prevent global hunger.

Global Warming and Other Environmental Concerns

According to a recent United Nations study by the Food and Agriculture Organization (FAO), about 30-40% of total methane emissions generated by human-influenced activities comes from bovine waste. This waste also generates toxic ammonia and hydrogen sulfide, making life unbearable for neighbors of factory farms. A vegetarian diet uses less fossil fuel and is therefore more energy efficient and less polluting than the average meat-based diet.

Read more about how a vegan diet can protect our planet and minimize global climate change.

According to the Occupational Safety and Health Administration (OSHA), meat-, poultry-, and fish-processing jobs are among the most hazardous in America, largely due to the speed of the disassembly line along which carcasses are processed. According to the American Dietetic Association (ADA), eating a well-balanced whole-foods vegan diet that emphasizes fresh fruits, vegetables, legumes, nuts, seeds, and whole grains drastically reduces one’s risk of heart disease, stroke, obesity, hypertension, and cancers of the breast, prostate, and colon.

Read more about how a whole-foods, plant-based diet can lead to better health.

For more information on veganism, including recipes, nutrition info, and how to stay healthy as a vegan, please visit www.veganoutreach.org and www.veganhealth.org.